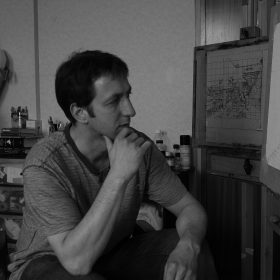 Paul Reid’s classical compositions have been attracting acclaim since his degree show at Dundee College of Art. He is well known to The Scottish Gallery and he continues to mine the potent imagery of the Greek Myths as preserved in Ovid. The brutality and amorality of the original texts are respected and the artist resists adding new symbols for a modern interpretation. Instead, we are invited to make our own, personal conclusions in witness of the hubris and nemesis, clash of cultures and wild and civilizing influences still at play in our 21st Century lives.

We are looking forward to Paul’s next solo show in The Gallery in 2022.