John Brown (b.1945) studied at Glasgow School of Art from 1963 to 1968, where he was awarded travelling scholarships from the School and the Royal Scottish Academy during his post diploma year. He worked as the Director of Arts at Fettes College and the Edinburgh Academy. He now paints full-time and is a long-standing exhibitor at the Royal Scottish Society of Painters in Watercolour, winning many awards including the Charles Rennie Mackintosh Association Residency, which formed the basis of his 2011 exhibition at The Scottish Gallery. His work is characterised by a rich and vibrant palette and varied use of acrylic, mixed media, and collage. His subjects are often based on particular foreign travel, and his last shows at The Scottish Gallery have included works influenced by trips to Venice, Kerala, Mekong and Cuba. 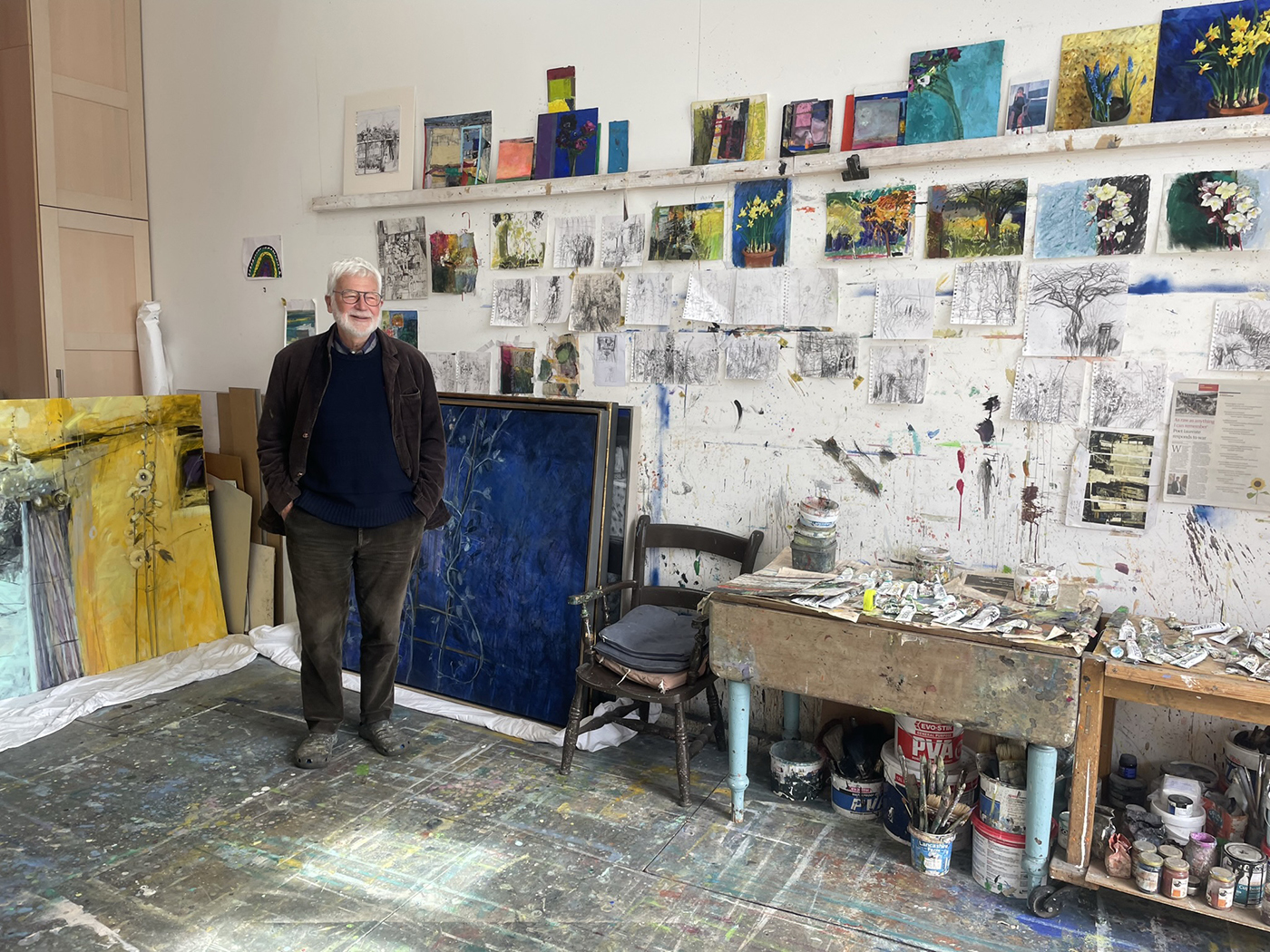 My studio in Edinburgh is less than fifty metres from my house, across a pebble path, past a pond full of tadpoles and a wild area with Silver Birches. Gardening for me is a happy companion to painting. It is a similar passion and process, albeit a slower one. My morning inspection of the garden leads to the door of my studio, the walls filled with drawings from my travels, the floor littered with collage material waiting for the Brown magpie to discover a gem that becomes a good starting point.

“The subject of this exhibition concerns the cycle of growth and the promise of regeneration. Sweet Peas have always been a passion of mine. They last only one season from seed to flower, often grown in a trellis or support on which they climb, forming a screen of pattern and colour. I love their structure and an endless supply of blooms. As an artist, I am inspired by the 2D geometry of the support juxtaposed with the organic shape of growth. 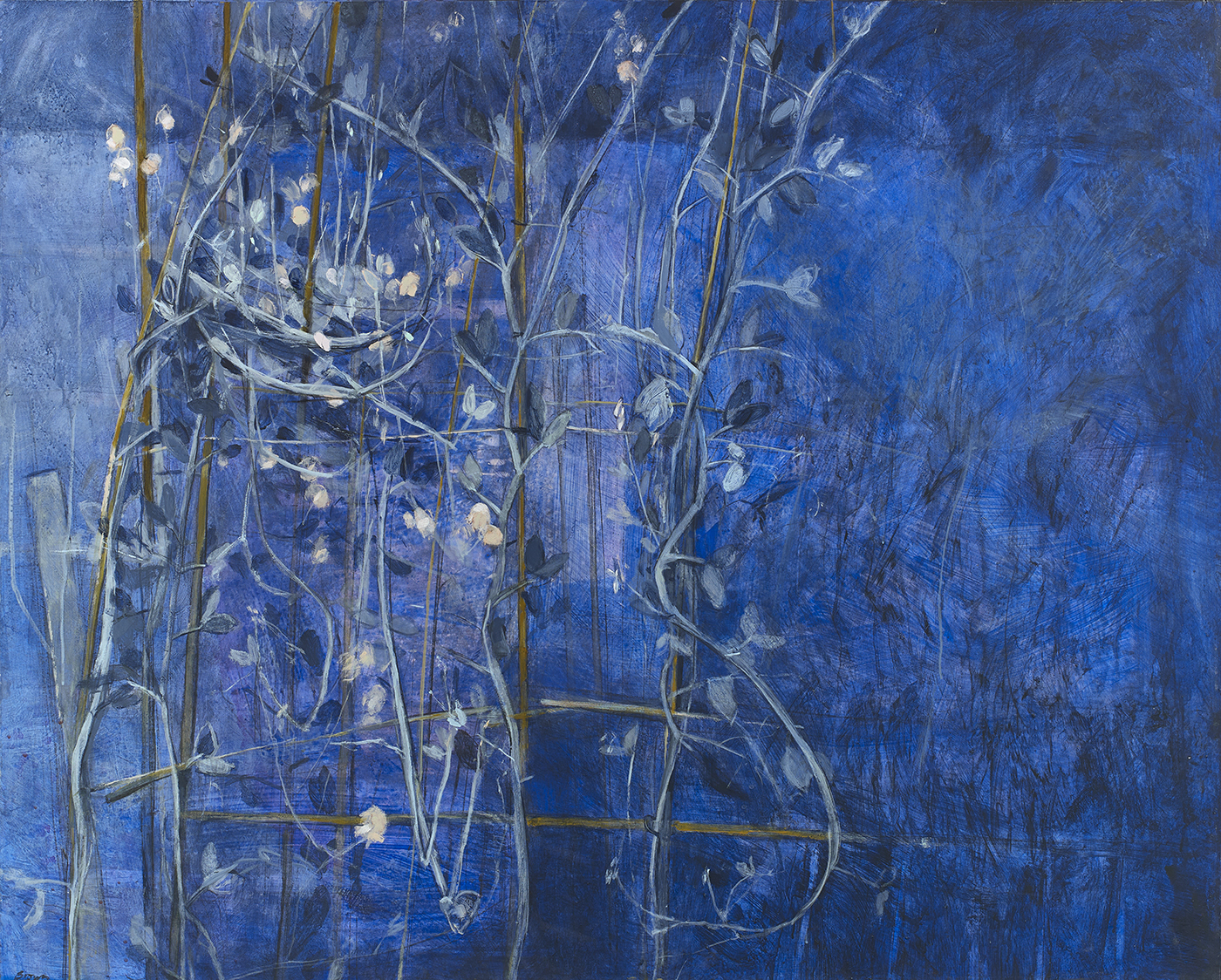 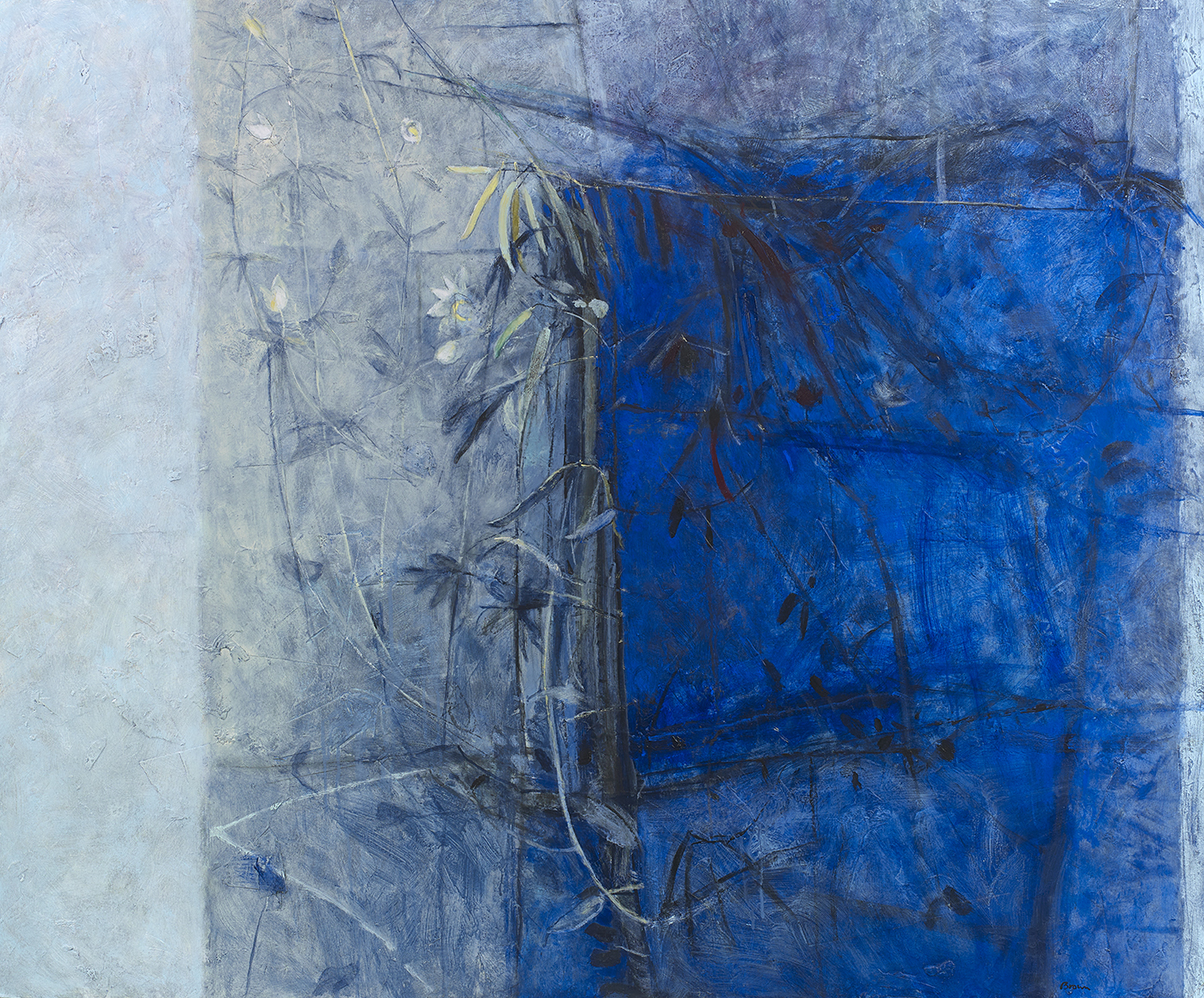 The seven large paintings in this series address this challenge of marrying organic shapes against a flat abstract background. The textural surface of the painting is built up of layers of washes with the addition of collage in some cases. The paintings were constructed in an asymmetrical composition. Empty panels balance complex ones, the starting point is often the central shape. Colour in most places is reduced to a monochromatic palette.” – John Brown, 2022 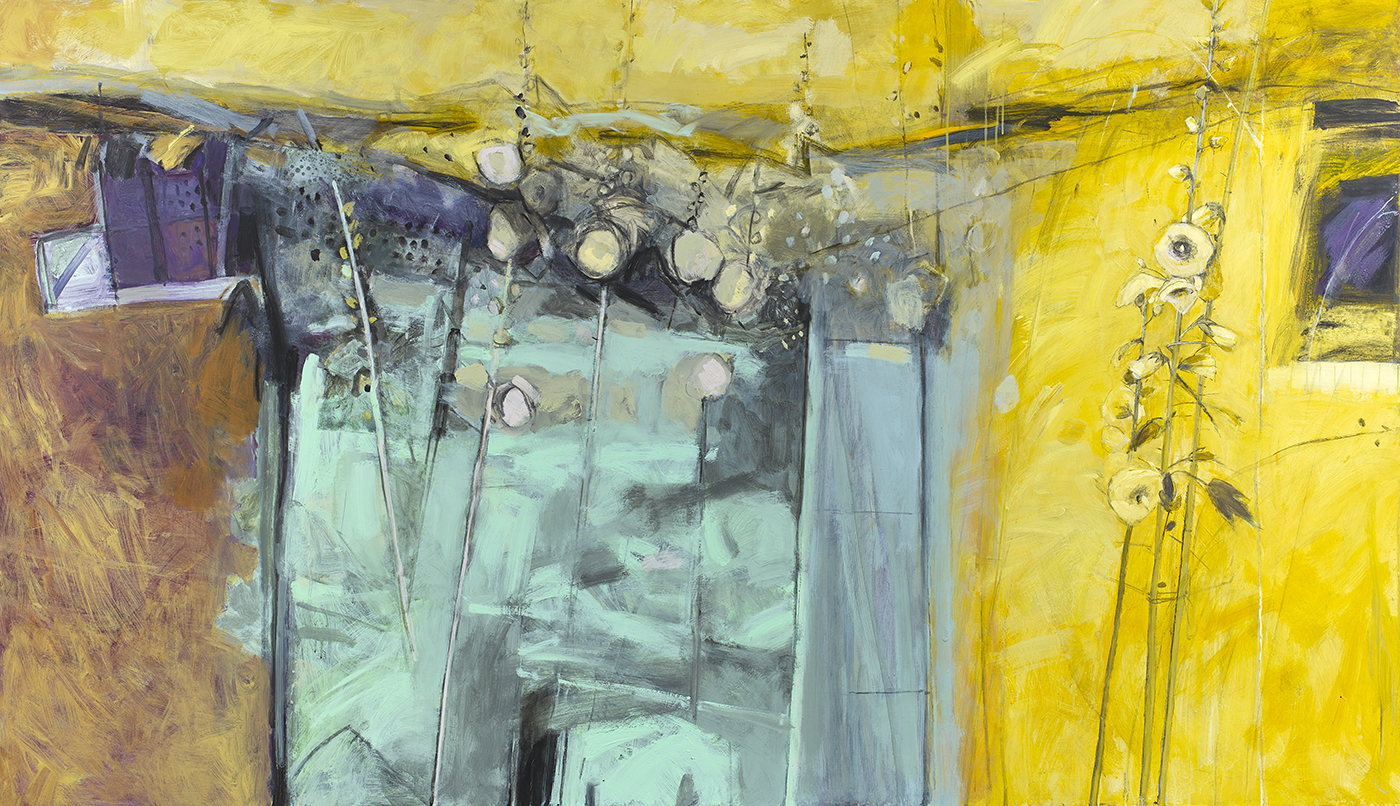 We hope you enjoy our short films following John Brown as he explores his Edinburgh Garden, the inspiration behind his current exhibition. 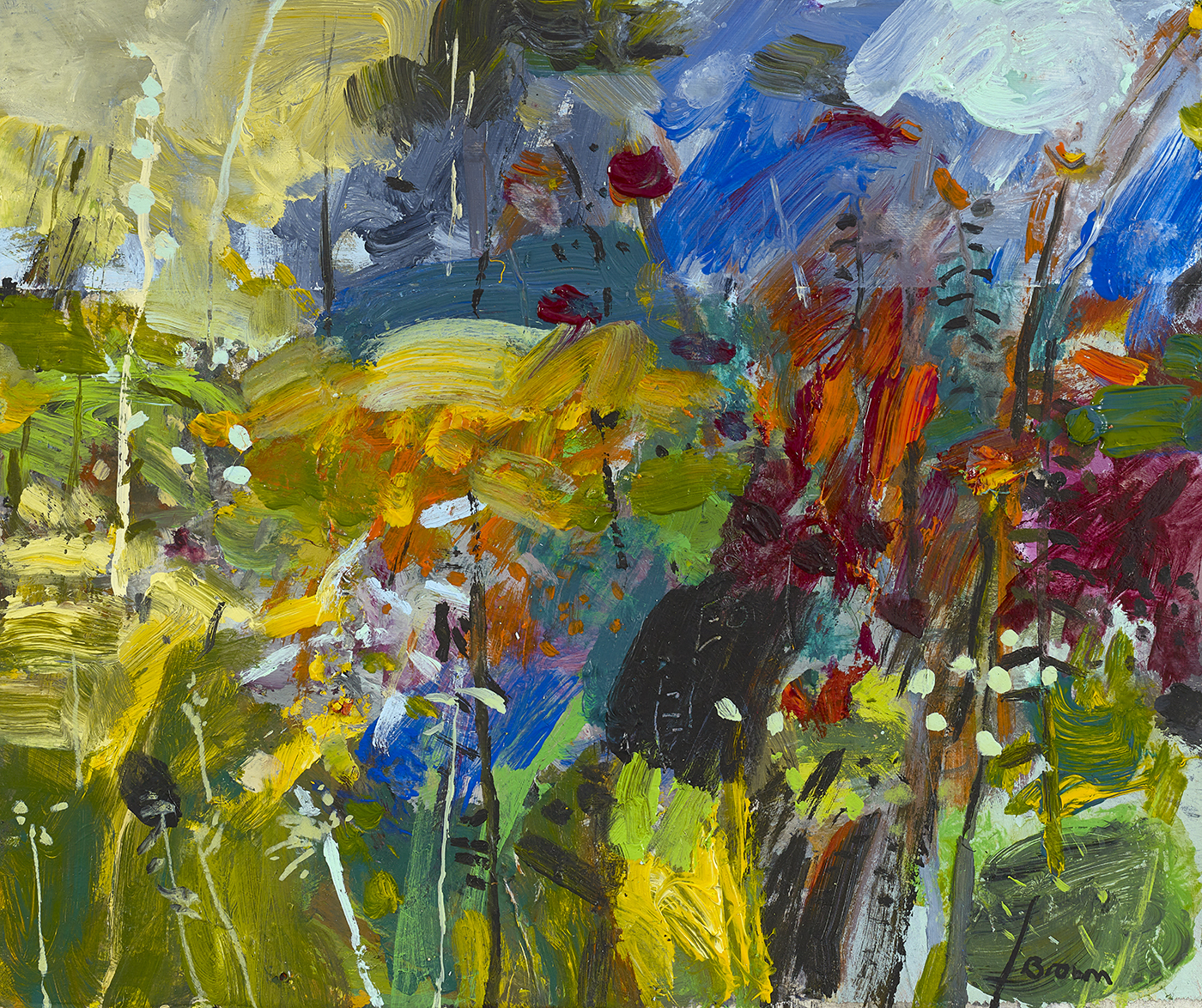 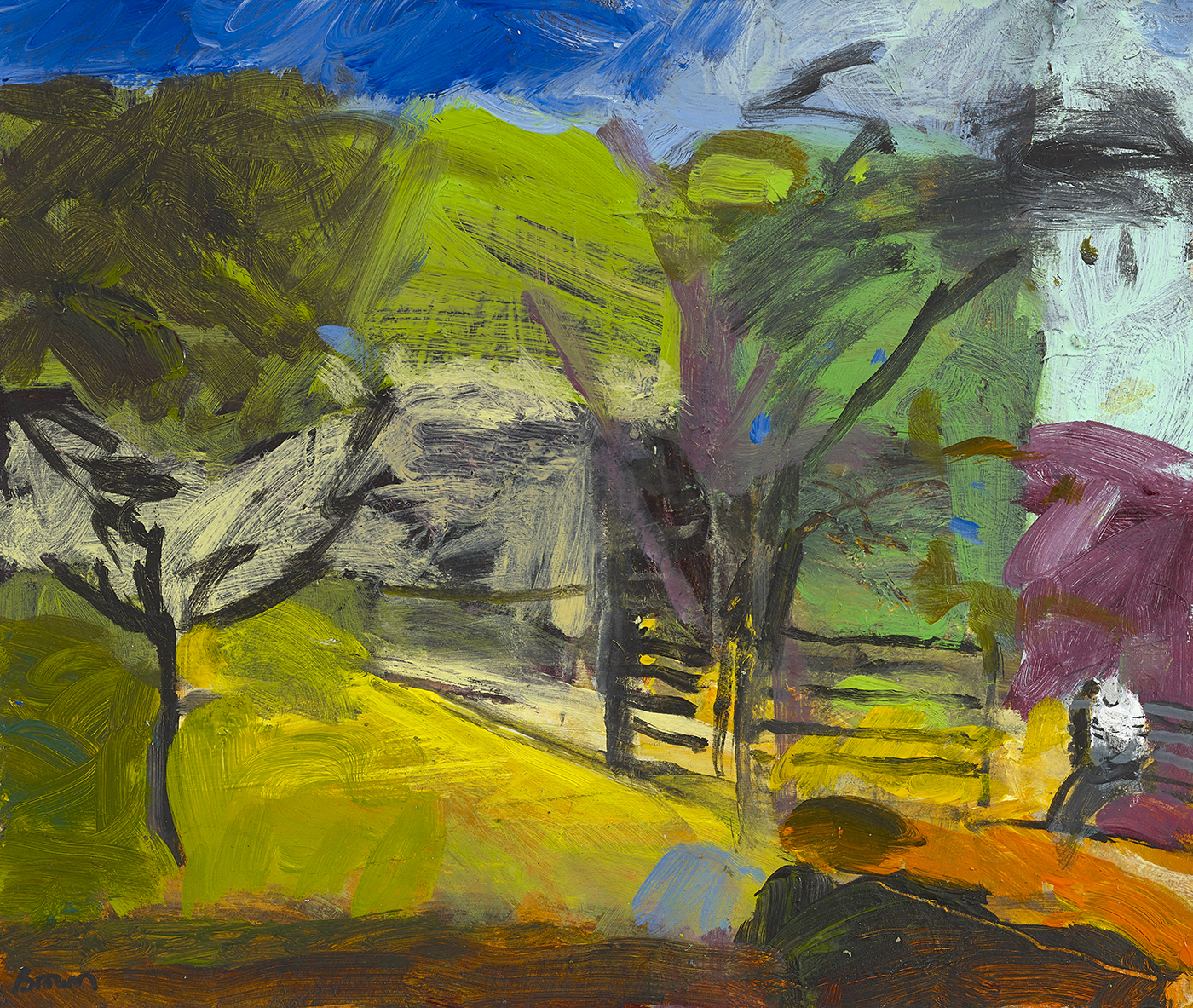